The summer of 2008 was epic for Thinh Ngo. In the span of a few months, his life transformed from one that lacked a clear direction to one of exciting potential and fulfillment, but it took a personal loss to flip the switch.

Born in Orange County, California in 1987, the youngest of five children born to Vietnamese refugees, he went to public schools and attended Orange Coast College (OCC) taking business and general education courses while searching for a career path. For a short time, he even chased a childhood dream of being a firefighter.

“It’s the idea of helping others, firefighters put their lives on the line to save people,” he said. “I just thought that was a wonderful thing to do.”

Meanwhile, his grandfather had been in a nursing home for three years and he traveled often with his mother to spend time with him. When he died in the summer of 2008, Thinh began to question what he was doing with his life. His mother awakened his faith by encouraging him to join her at Mass and that August, they traveled to Missouri for the annual Vietnamese festival of Marian Days.

“I was praying to God and Mary for guidance in life during that trip,” he said. “I met several religious people, nuns and priests, and I could sense joy and happiness on their faces.” 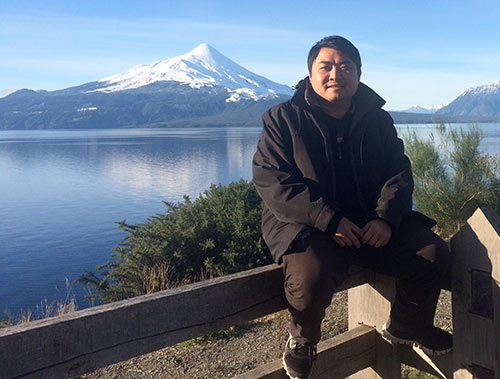 On the way home, he asked his mother if he could enter religious life. At first surprised, she was supportive and in the coming months, he checked out several religious orders as well as his diocese. Then one day, his mother mentioned his interest in religious life to a lady who passed his information on to Fr. Trung Mai, an SVD vocation director, who called him the next day.

“No kidding, 45 minutes after that call, he came to my house. We had a good conversation and, for some reason, right then and there, he gave me the application to Divine Word College,” Thinh said. “I felt this was the Will of God, part of his Divine Plan.”

Before the end of the year, he made a Come-and-See visit to DWC and enrolled in January 2009.

“I think DWC is what is unique about the SVDs,” Thinh said. “It gives an opportunity for kids who don’t have a degree a chance to study and discern before they join a community,” he said. “Many other religious communities don’t offer that opportunity.”

Graduating in 2013, he entered the SVD Novitiate at Techny and professed his First Vows the next year. Then it was on to the Theologate and the challenges of community living, studies at Catholic Theological Union and ministry. In August 2016, he went to Chile for his Cross-cultural Training Program (CTP). After studying Spanish for a few months, he went to work with SVDs on mission, first at a school and then to a parish. 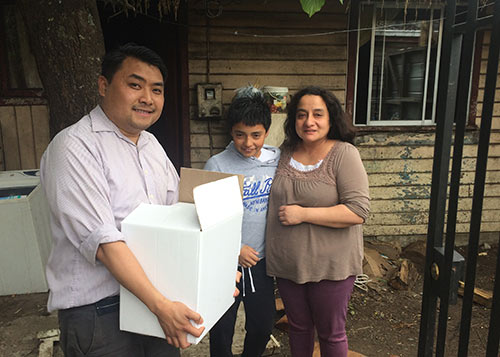 “But one of the most wonderful highlights of my time was when Pope Francis came to Chile in January 2018,” he said.

Returning in May, he is completing his studies at CTU and preparing for Final Vows in September 2019, a little more than a decade since he traveled to DWC, but it was his experiences the year before—in 2008—that began it all.

“That whole summer was transformative, because I wanted to give my life to something, to do something meaningful with my life,” he said. “In the last ten years, there have been so many challenging and difficult times, but the SVDs have given so many opportunities, for me it has been a wonderful decision.”