Never too late to answer the call to religious life

When Aloysius Aisi Oa told his family about his plans to pursue religious life, they were shocked.

“My mother said, ‘Are you joking? You’re a grown man,’” he recalls with a chuckle.

He was 37 years old at the time and working with the youth department at the Catholic Bishop Conference (CBC) in his home country of Papua New Guinea. Sure, he was Catholic and practiced his faith but even his co-workers couldn’t believe it when he announced that he was planning to enter seminary.

Born in a remote fishing village, Aloysius was one of six children raised in a household with no running water, electricity or bathroom. After high school, he started working in youth ministry with the CBC.

One day when he was in his mid-thirties, he attended a Mass led by Fr. Vince Ohlinger, SVD, who was the National Catholic Youth Coordinator at the time. The priest spoke about the universal church, a concept that gripped Aloysius. After the service, the pastor stood at the door greeting church-goers. It was the first time that Aloysius had met a missionary priest and his curiosity was piqued.

The two remained in touch as Aloysius asked question after question about the Divine Word Missionaries and their ministries around the world. Finally, Fr. Vince asked plainly if Aloysius would like to join the SVDs. 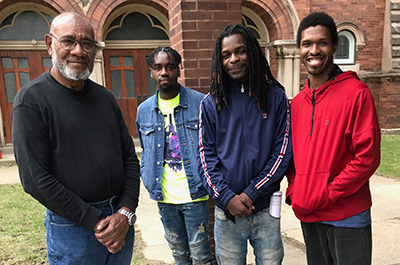 After weeks of consideration, Aloysius decided to take the next step. Fr. Vince gave him contact information for a vocation director and Aloysius spent two days carefully crafting the correspondence as he prayed about the decision.

Once he was accepted, he left Port Moresby and set off to Mt. Hagen. During his formation, Aloysius had to adjust to the structure of the program and learn to live without the free time he was accustomed to having for the first few decades of his life. In time, he grew to appreciate the regimented routine and especially enjoyed novitiate when he had his first experience sleeping on a mattress.

During postulancy, nine of the candidates in his formation group decided to pursue the priesthood. Aloysius was the only one who chose to become a religious brother.

Having worked with street children in his job with the CBC, he felt that he already had experience serving God’s people and hoped he could continue to work with troubled youth in his new role. 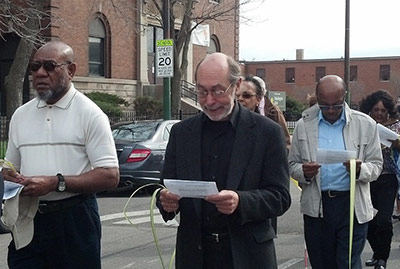 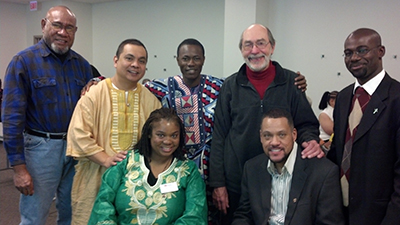 In 1998, Bro. Aloysius Aisi Oa, SVD professed his perpetual vows. Afterward, he went home for a bit before returning to Mt. Hagen, where he spent three years overseeing the Justice and Peace program for the SVDs in Papua New Guinea. From 2000 to 2004, he fed his love for writing by studying journalism at Divine Word University in Madang.

The following three years, he worked with a group of religious sisters who served street children in a community a few hours from the Mt. Hagen region. Bro. Aloysius visited the juvenile prison there regularly because he knew most of the inmates from his work in the community.

“I was like a probation officer. I helped them find a better path,” he said.

His next assignment was as provincial secretary for the province, a role he held from 2008 to 2011.

Through the years, Bro. Aloysius stayed in contact with Fr. Vincent, who told him all about the United States. In 2011, he convinced Bro. Aloysius to come to the country for a visit and after further conversation and negotiation, it turned into a mission appointment at St. Anselm Catholic Church in Chicago, Ill. where he continues to live and serve today.

He was happy to have the opportunity to continue doing prison ministry but said it took some time to adjust to the American system of high-tech security procedures. Some days, just entering the facility would take up to 30 minutes to complete the safety screening.

Inmates at the Chicago prisons weren’t sure what to think of Bro. Aloysius at first.

“When they saw me, they would think I’m one of them,” he said. “But when I started speaking, they would say ‘where are you from?’ and I would say ‘Papua New Guinea’ and they would have no clue where that was.” 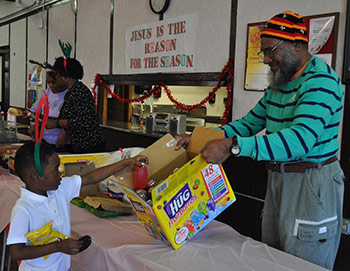 Bro. Aloysius spoke English but he struggled to understand the slang that many inmates used. It took time for him to adjust but eventually, relationships were built and trust was developed. Bro. Aloysius stayed in contact with inmates after their release and did his best to be a beacon of hope for a new life as they tried to integrate back into society.

“I wanted them to believe that someone respects them as human beings. The way you talk to them speaks volumes,” he said. “They’re labeled as criminals. They don’t want to be that.”

In recent months, Bro. Aloysius has been helping out at the St. Anselm parish while he waits for his government documents to get updated so he can continue working in the prison.

Looking back, Bro. Aloysius said when he was very young, he didn’t question himself much about his purpose but as he reached the middle of his life, he realized maybe there was a different path he was meant to take. A path to religious life.

Through prayer and meditation, he was able to find the course that God intended for him and follow it to a fulfilling life as a Divine Word Missionary Brother.