Spreading the Word and the mission

While all Christians are called to proclaim the Kingdom of God’s love, Divine Word Missionaries are called to share it in situations where the gospel has not been preached or where it’s insufficiently shared. These situations don’t always have clear boundaries indicated on a map.

When discerning where to establish new missions, Divine Word Missionaries try to follow the example of their founder. St. Arnold considered whether there was anyone else who could do the task and whether ecclesiastical authorities were requesting help. He also looked at essential indicators like the availability of personnel, availability of funding and the opportunity for missionary outreach.

In recent years, the term prophetic dialogue has served as a guiding principle. It is the idea that Divine Word Missionaries engage in a respectful conversation with the people who they encounter.

“Our focus is to befriend people, not to occupy their territory,” said Fr. Tom Ascheman, SVD, president of Divine Word College in Epworth, Iowa. “We know we do not have all the answers, nor do we bring God in a knapsack, a sermon, or a sacrament. We know that God is already present in the people we encounter, and our willingness to engage them in dialogue allows God to “speak” both to us and to the other in mutual, and rather unusual, friendships.”

Missionary outreach focuses on people who are:

Faith Seekers – This includes people who have no faith community, those who may be alienated from the Church and those who are searching for guidance beyond their own faith tradition.

Poor and Marginalized – Divine Word Missionaries seek and find the presence of God in solidarity with the poor, oppressed and marginalized. They work to build bridges of dialogue and solidarity among all people.

Of Many Cultures – Divine Word Missionary priests and brothers recognize the diverse cultures of the world. They listen to the needs of the people who they serve and invite them to adopt the way of life revealed by Jesus.

Followers of Other Faith Traditions – Divine Word Missionaries seek to collaborate with others to give a common ecumenical and interreligious witness. They do this in hopes of cultivating attitudes of religious tolerance, openness, mutual respect and a better appreciation of shared human and spiritual values. 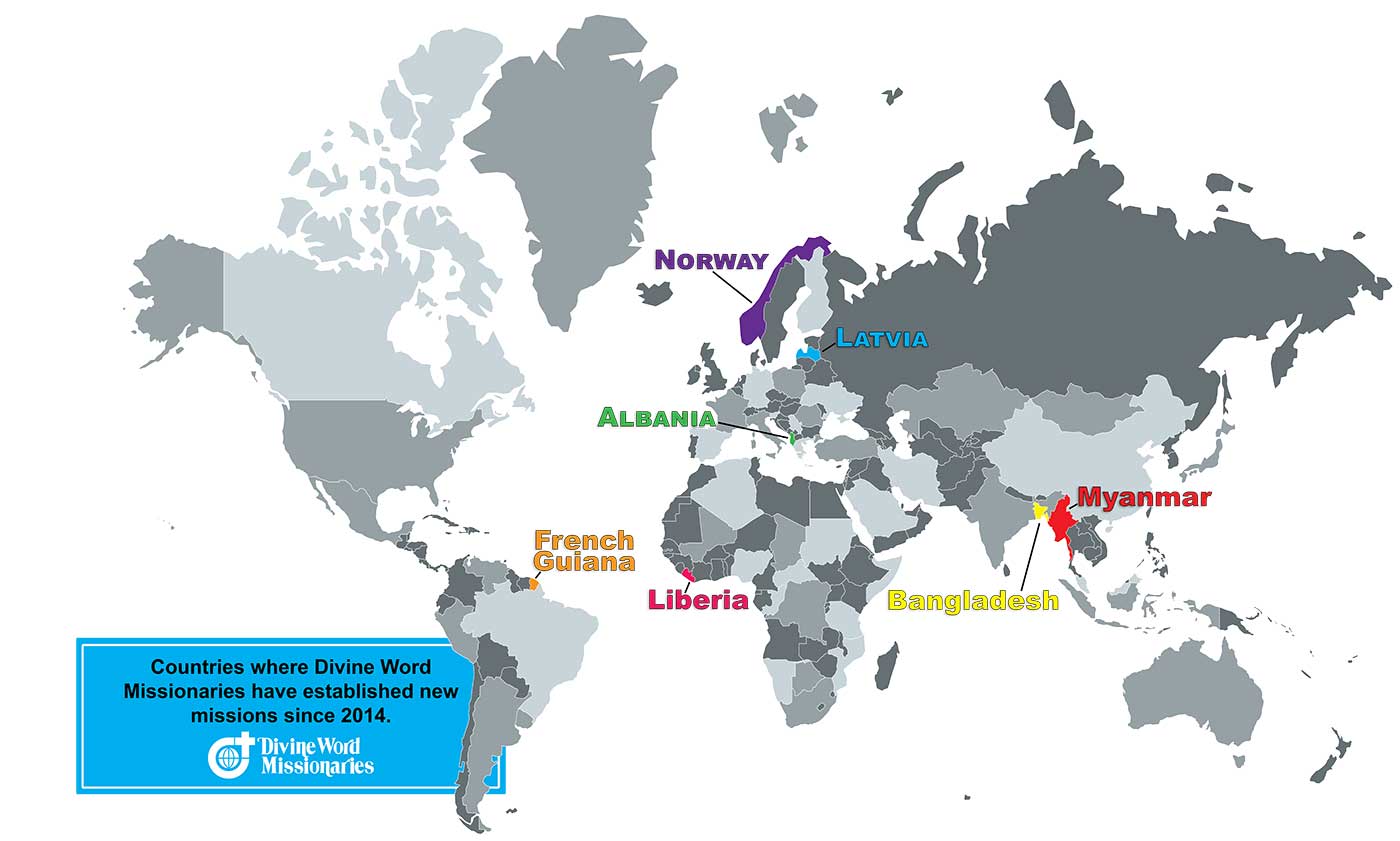 Often, a local bishop invites Divine Word Missionaries to take up a new task. The final approval for establishing major new missionary projects comes from the Superior General of the Society of the Divine Word. Since 2014, the religious order has organized mission sites that expanded efforts into Latvia, Liberia, Albania, Norway, Bangladesh, French Guiana and Myanmar.

"The Myanmar mission, which was the result of an invitation by Cardinal Charles Bo for us to take up a Biblical Apostolate there, was also the fruit of prayer and discernment,” wrote Fr. Henry Adler, SVD, in November 2017. He was the Provincial of the SVD Australia Province at the time.  (Courtesy Divine Word Missionaries Facebook Page) 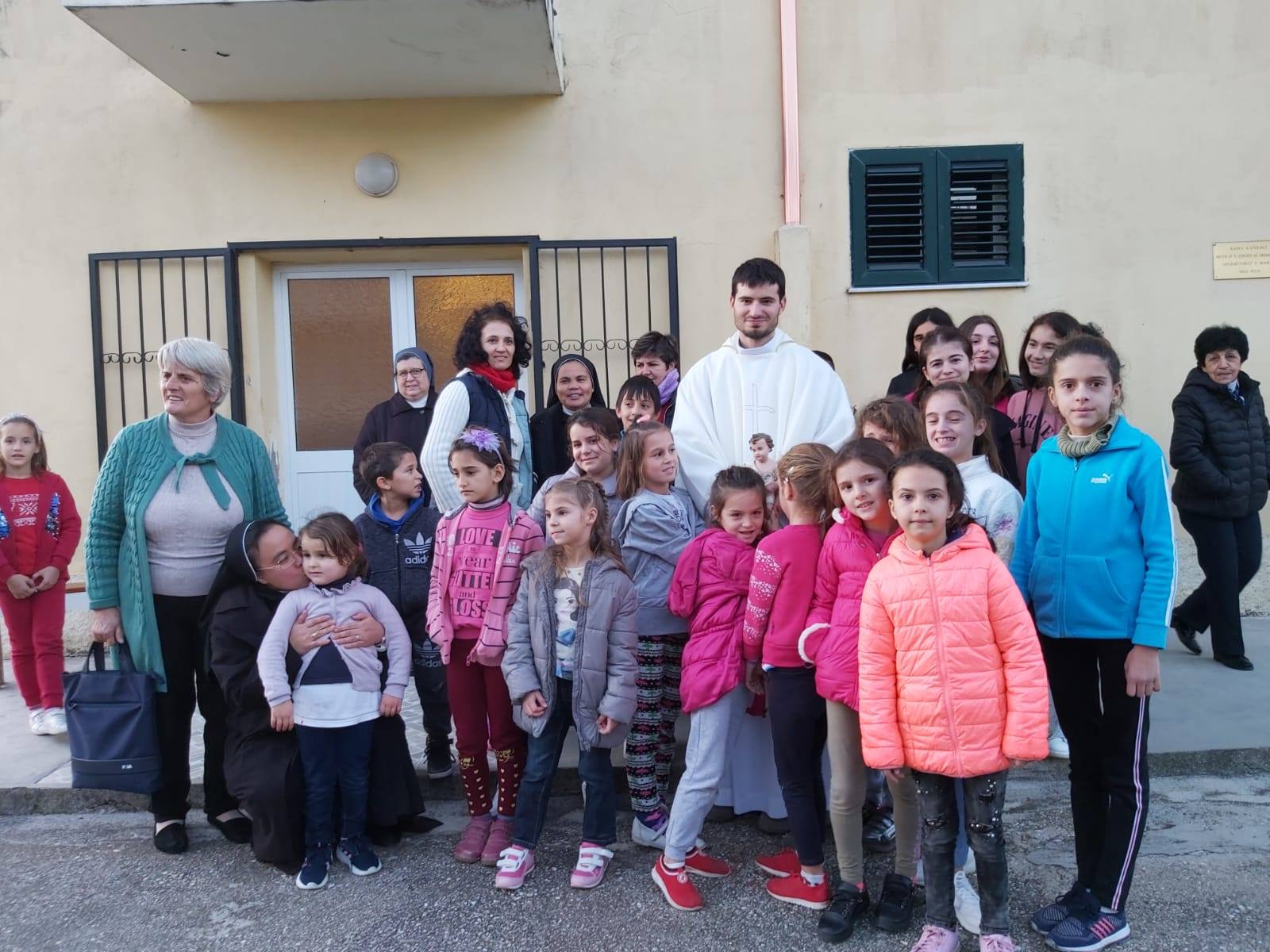