Candidates who are interested in becoming Divine Word Missionary Priests and Brothers spend up to 13 years in the formation program that prepares them for religious life. Much of that time is spent obtaining a formal education in philosophy and theology to build the foundation they’ll need as a vowed member of the Society of the Divine Word. However, there are some things that simply cannot be learned in the confines of a traditional classroom.

That’s why each candidate participates in a Cross-Cultural Program (CTP) midway through their formation. Florida native Brian Junkes left for Chad in September 2021 to embark on his own 2-year CTP journey. He says the practical experience of serving at a mission site overseas has helped him see the bigger picture of what life is like for Divine Word Missionaries.

“In the past, I thought of being a priest as saying Mass, hearing confessions, and other duties that relate to the sacraments of the Church. Now I see it as that and more,” he said. “Being here, I see that confreres do a lot of work in education, administration, faith formation for laity and in the seminary. There are other jobs that a few confreres do that are labor intensive and hard work, such as farming and repairing equipment. Being here has helped me broaden my horizons to see what my vocation is and can be. I’ve also learned that religious life is more than what I thought it was.”

Part of the reason that Brian was interested in Chad for his CTP experience was because he has an interest in education and he knew that the Society of the Divine Word had missionaries working in schools operated by the religious order. 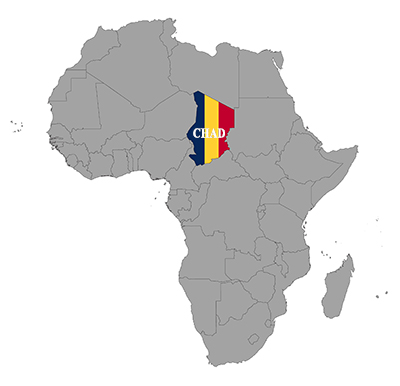 Brian has encountered his fair share of challenges since arriving in Africa, but that’s part of being a missionary. First, he needed to learn how to communicate with the Chadian people. He started by beginning to learn French on a language app called Duolingo even before he left the United States. As if learning a new language isn’t already difficult enough, the process is further complicated by the fact that the people in Chad speak more than 100 local languages. Even though French is one of the official languages of the country, it is not used reliably. Nonetheless, Brian is working to improve his French in an effort to open the dialogue between himself and some of the locals.

Another challenge that Brian faced was an encounter with malaria. It started with mild fatigue, difficulty concentrating, chills and a loss of appetite. By the following day, Brian was feeling worse and a doctor confirmed his diagnosis with a blood test. He was thankful for access to medication and fortunately experienced a relatively quick recovery, but he knows that some people in Chad aren’t so lucky. Widespread poverty in the country makes access to healthcare and medication difficult, if not impossible for some. The World Health Organization describes malaria as a life-threatening disease that is preventable and curable but in in 2020, it still claimed 627,000 lives worldwide. Most of them were in Africa. 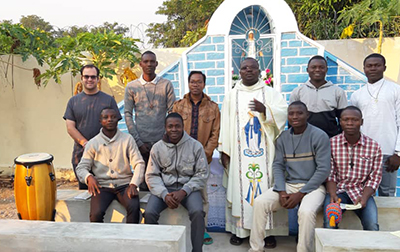 “The reality here is so vastly different than in the U.S. Malaria is a deadly disease here in Chad and a confrere here had told me that it kills more people than Covid-19 does,” he said. “Not everyone can afford to go to the doctor or the hospital here. It can be expensive to buy medication and it also depends on availability.”

During his CTP experience, Brian said he’s had two other major realizations. One is that Chad is not a republic or a democracy like the United States. It’s taken some time, but he’s started to adjust to seeing armed police and military personnel patrolling the area where he’s assigned.

“The military serve the president and right now the government is in a transition phase because the last president was killed earlier this year by a group that didn't like him. His son is acting as a transitional leader until a new president is elected. When I have asked Chadians what they think about what's going on, many tell me they expect the son to just go ahead and take the position and that life would just continue,” Brian said. “This told me enough about how politics works in the country.”

The other realization he had was that the infrastructure in Chad is lacking. Many of the main roadways have issues because they were built poorly. Access to electricity and running water is very limited. In addition, the public schools are only open for six months each year, which Brian said is contributing to the substandard education that most children receive. The schools operated by the Society of the Divine Word in Chad aim to stay open for the same amount of time each year as American schools. Sadly, automobile accidents and starvation, along with malaria, account for many of the Chadian deaths each year. Despite these hardships, Brian said he’s learned that the people of the country take their faith very seriously. He bears witness to the devotion of the adults, teenagers and even the children each time he’s with them. He’s also come to appreciate the incredible natural beauty that Chad has to offer. Wide open grasslands in the countryside and sunsets in Chad help him appreciate God’s creation.

“Going outside of the U.S., seeing how the SVD work, and participating in the mission is a great experience for me. This will help me learn more about what it is to be an SVD and to continue to discern my vocation,” Brian said. 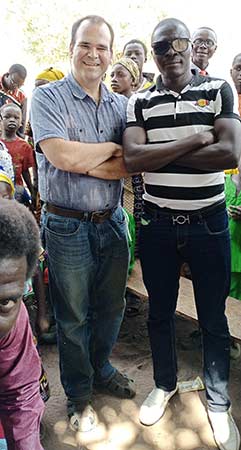 “The most valuable lesson I’ve learned so far is to take my time. Things here do not operate at the same pace as in the U.S. There have been moments where I have rushed myself or I think about when I finish my language studies or when I finish CTP and that can distract me from the present. I have to keep reminding myself to not rush and take time, especially for myself.”