Nothing shocks me. I’m a missionary.

The experiences that Fr. Laurensius Huller, SVD had as a missionary in Mozambique sound a lot like an “Indiana Jones” movie if the main character was a Catholic priest.

There he was, standing beneath an enormous tree to shade his parishioners from the sweltering sun. As he stood in front of the crowd celebrating Mass, a huge snake came slithering down, hanging from a branch above his head. The congregation shouted their warnings and the service was halted while brave souls caught the serpent and removed it so Fr. Laurensius could continue the Mass.

Or there was the day that he was saying Mass in sandals, outside again because there was no church building in the community at the time, and a scorpion stung him on the foot. He notified the parishioners and stepped away. Swiftly, Fr. Laurensius pulled out his emergency kit that he always carried. He punctured the wound with a needle and then applied something known as a “black stone” to the area as blood started to drip out. Not really a stone at all, this local remedy for scorpion stings is made from the thigh bone of a cow that is treated to make it absorbent enough to suck the poison out. It worked – he lived to say Mass another day. 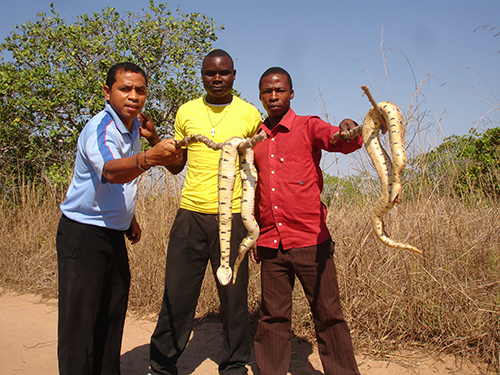 And then there was the time that Fr. Laurensius forgot to bring his own bottle of water when he traveled to a parishioner’s home for a meal. They kindly offered him a drink and he gratefully accepted it, thankful that they had green tea to quench his thirst. Shortly after, he asked what they used to make the tea, because his stomach was beginning to reject it. “What tea, Father?” they asked. “That was water from the nearby river.” He suffered the consequences of consuming the same water that the locals easily digest but he didn’t forget his water bottle again after that.

Or what about the time that he moved into a community eager to help the people only to find that they were breaking into his living quarters and stealing from him regularly. At one point, a homeless child even stole his phone. These people were poor and desperate. It took time and patience to teach them that Fr. Laurensius was there to help. Eventually they learned that it was much easier to find assistance by simply asking for it.

These tales sound almost too unbelievable to be true, but Fr. Laurensius says these are merely examples of his daily life while serving in Mozambique from 2006 to 2021. He laughs with ease as he recounts the situations now.

Originally from Indonesia, Fr. Laurensius is one of seven children. His mother was raised Muslim and later converted to Catholicism. His father, a lifelong Catholic, wanted his son to study at the seminary because he knew that he was sure to receive a quality education.

Young Laurensius wasn’t so certain that he’d make it all the way through formation, especially after his father passed away. He worried about the financial position that his family was in but his older siblings were able to help out and Fr. Laurensius finished his studies and was ordained in 2004. 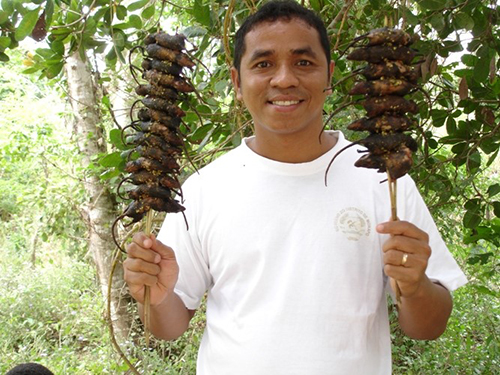 His first assignment was to Mozambique. Fr. Laurensius served in pastoral roles and also ran a nutrition center for women and children. In one area where he worked, the poverty and hunger were so severe that many women could not produce milk in order to feed their children because they were so malnourished themselves. The mothers stayed at the center with their children and received food to help them grow strong. Once they were healthy enough, they would leave and make space for others.

Fr. Laurensius also helped one community start a six-year process of fundraising and construction to finally build a church for worship (escaping snakes and scorpions was an added bonus). One of the biggest challenges he faced was convincing the people in the community that they needed to be a part of projects like this. That’s because the mentality of the people in Mozambique was to accept missionary projects as a gift but then to expect the priest to maintain them. Instead, Fr. Laurensius and the other missionaries insisted that parishioners contribute time, talent and funds to the creation of this new church.

Resources, especially food, are scarce but that doesn’t stop the people from sharing the little that they have. Even mice are collected and roasted for food. While the conditions were challenging at times, Fr. Laurensius says he grew to love the people and respect their appreciation for the simple things in life.

Today, Fr. Laurensius is studying at Divine Word College in Epworth, Iowa and awaiting his visa to relocate to his next assignment at a multicultural parish in Toronto, Canada. 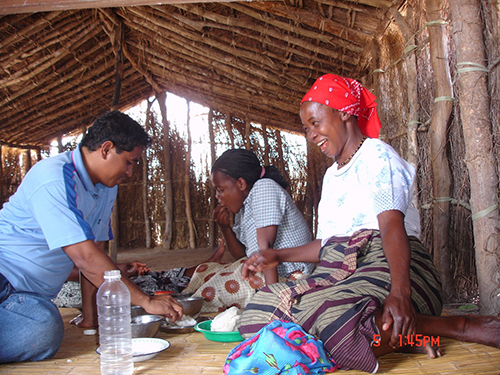