Going With the Flow

He was about 12 when young Sam Cunningham decided he wanted to be a missionary. Hearing the stories of their lives through his family and the Franciscan priests and sisters who taught him in Catholic school, young Sam could see himself on mission in faraway places. But the flow of his life changed over time.

“I was thinking I’d be in Papua New Guinea or someplace like that,” said Father Sam Cunningham, SVD. “Life has turned out much different than I thought it would, but I’m quite happy.”

Today, Fr. Sam—or should we say Dr. Sam—is a practicing psychologist who has done extensive work in Hispanic communities, prison populations and with sex offenders, but the currents of his life have taken him in many directions.

While attending Divine Word College in the 1970s, he met Father Gary Riebe, SVD, a theology instructor of Hispanic descent, who recruited him to do ministry outreach to Latinos in the Quad-City area. Later at Catholic Theological Union (CTU) in Chicago, he continued his Hispanic connection by traveling to Paraguay for his Cross-cultural Training Program (CTP), where he not only studied Spanish but was introduced to Guaraní, the primary language of Paraguay. That knowledge was put to use when he returned to Paraguay in 1989 to be pastor of a far-flung parish of 35,000 people in 48 rural communities.

“There was an associate pastor and over 300 catechists, and we would do roughly 1000 baptisms and 120 weddings a year,” he said. “We celebrated Mass in each community every two months because there were so many.” 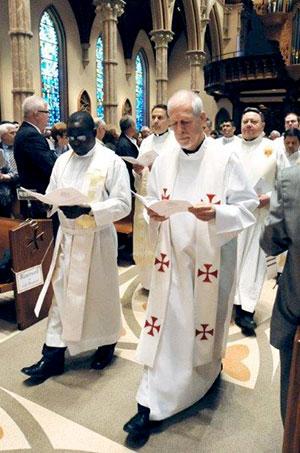 Earning his Psy.D. in October 2005, Dr. Sam continued his work with sex-offenders at St. Leonard’s house, offered therapy sessions, did research and supervised psychology students working in a minimum-security prison. He eventually opened a private practice until 2013, when he accepted an assignment to a parish in Fort Wayne, Indiana where he worked with Hispanic populations. His role expanded the next year when he accepted an offer to be the director for Hispanic Ministry for the Archdiocese of Indianapolis, and the following year, he joined Catholic Charities to offer his services as a psychologist to Hispanic populations.

In 2017, he came to DWC to be a spiritual director and teach theology while working on his Iowa license to practice psychology.

Life as a missionary has been very different from the one he envisioned in early years, but as conditions changed, Fr. Sam saw opportunities to serve rather than obstacles to his vision.

“I think the SVDs have shaped how I looked at life in terms of how to learn to live with other cultures and other peoples of the world,” he said. “It has helped me appreciate languages, for instance, but it has also helped me to appreciate people as people.” 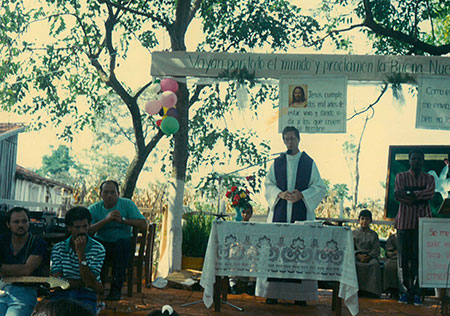