Divine Word Missionary Brothers continue to write a proud chapter in the story of the Society of the Divine Word (SVD), making significant contributions to the success of the world’s largest Catholic missionary order. Since its earliest days, the SVD has benefited from their skills and leadership abilities—especially since Vatican II.

When Saint Arnold Janssen founded the society in 1875, he recognized the importance of the Brothers. In fact, at the time of his death in 1909, Brothers outnumbered priests in the society.

St. Arnold established a progressive formation program for the Brothers, who profess the same vows as the priests, of poverty, chastity, and obedience. The primary difference is that Brothers can focus on the tasks needed to advance the work of the SVD without the requirement of sacramental duties.

“First and foremost they should be religious men and they should feel that they are religious, even in the midst of their technical activities,” St. Arnold said about the Brothers, perhaps knowing that it takes religious understanding as well as capable hands to support a missionary order dedicated to going where the Gospel has not been preached, or only insufficiently.

“Actually, when he was studied for canonization, St. Arnold was praised for the fact that he gave Brother’s a really high level of training in the traditional trades,” said the late-Bro. Dennis Newton, SVD, former director of the Tri-Province Mission Center. “He sent them off to learn professional skills, which was unusual.” 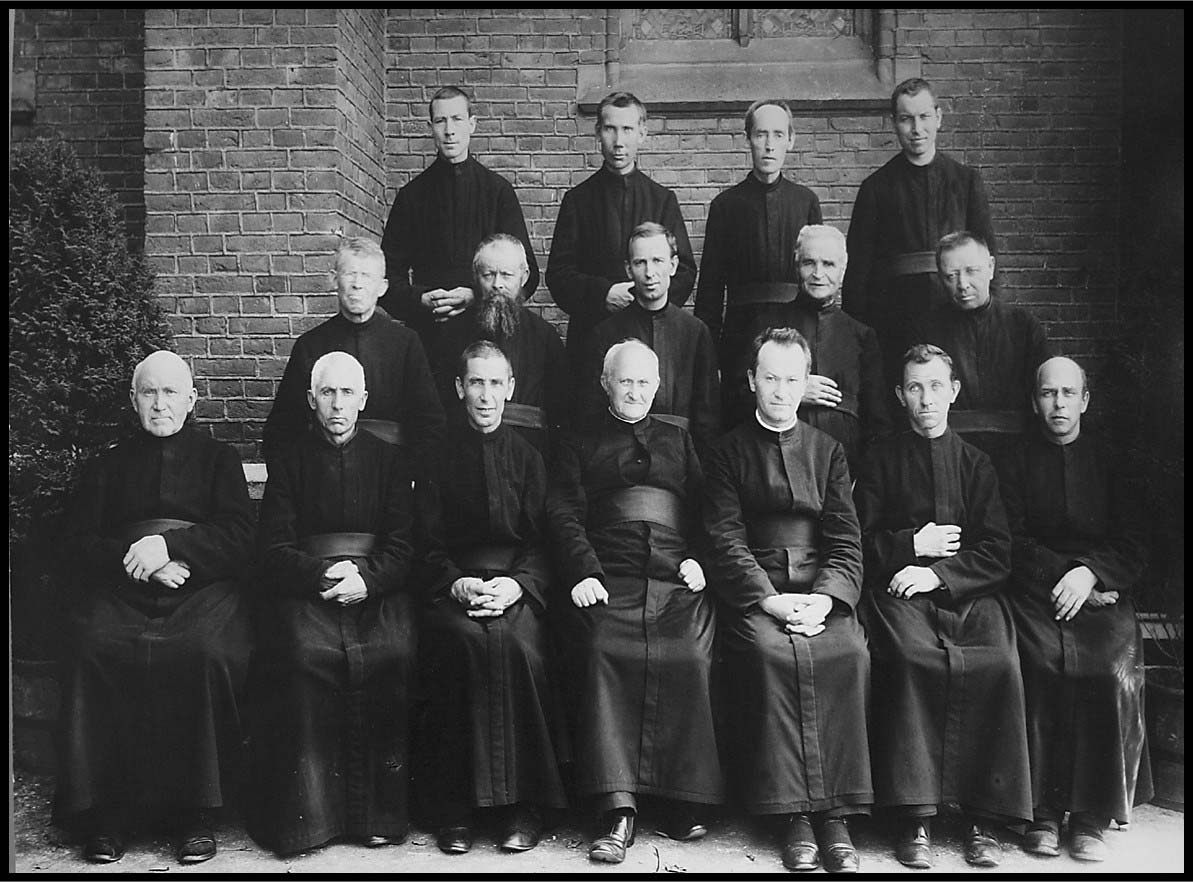 “These Brothers were very talented, well-trained professional people,” said Bro. Bernie Spitzley, SVD, who advocates for Human and Social Development in the province. “They were not just a labor force. They were professionals in their field.”

For instance, after professing his vows in 1882, Bro. Bernard (Schwerdtfeger), SVD, became the brains behind the printing-press operation that produced the society’s many publications—the main source of funds for the missions. Not only was he highly trained in its operation, but he trained dozens of other SVD Brothers in the printing operation as well.

Meanwhile, Bro. Wendelin Meyer, who first suggested that the SVD should go to America, was chosen by St. Arnold for that very task, sending him to Hoboken, New Jersey in 1895. Because of his wit, humor and excellent communication skills, Bro. Wendelin quickly made friends for the society. He also played a pivotal role in acquiring the property that became the society’s North American headquarters, at Techny, near Northbrook, Illinois. 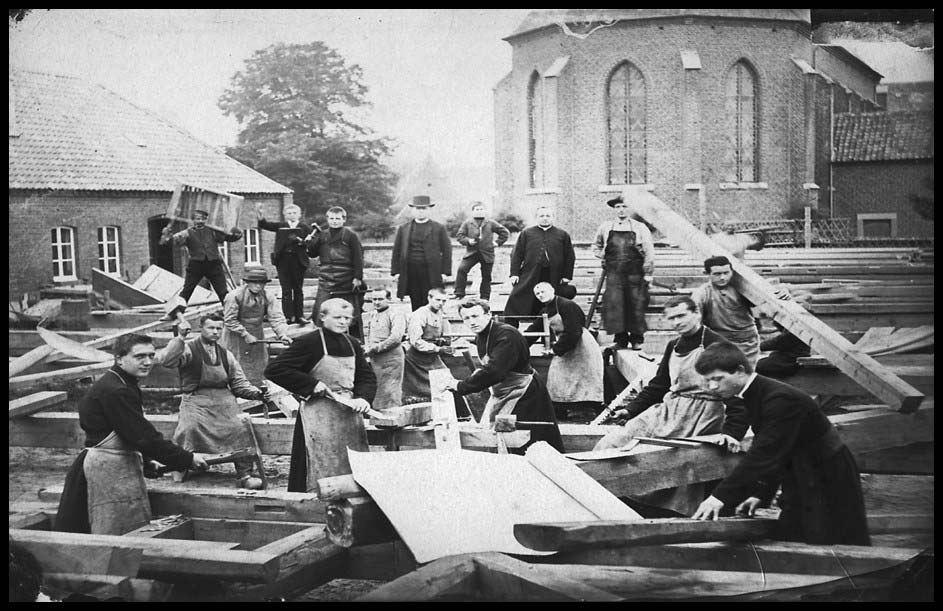 Techny got its name because initially the SVDs established a “technical” school there to provide vocational training for area youth. Over time, it greatly expanded its enterprises to include crops, livestock, a nursery and many other sources of income for the society. Coupled with the construction and maintenance demands of the entire property and the needs of the community, Techny also served as a place to train Brothers for missionary work.

It should be noted that the early, primarily German SVD Brothers went through a training process, similar to a guild system, beginning with an apprenticeship, followed by journeyman and then master. It took several years, but the end result was highly trained and experienced craftsmen or professionals. In the U.S. and elsewhere, that system was diminished. Over time, Brothers began to push for more educational opportunities.

Finally, in the 1960s, there was a movement within the SVD to offer more in the way of academics. Bro. Tony Kreinus, SVD,assistant librarian at DWC, was among the first to benefit.

“In the summer of 1963 I was approached by the rector of our community, asking if I would be like to go to school with the intention of studying English and then teaching in our high school,” he said. “I felt that was wonderful, because when I was younger, I thought about being a teaching brother.”

He went on to earn master’s degrees in English and in Library Science, followed by a long career as a teacher and as a librarian. 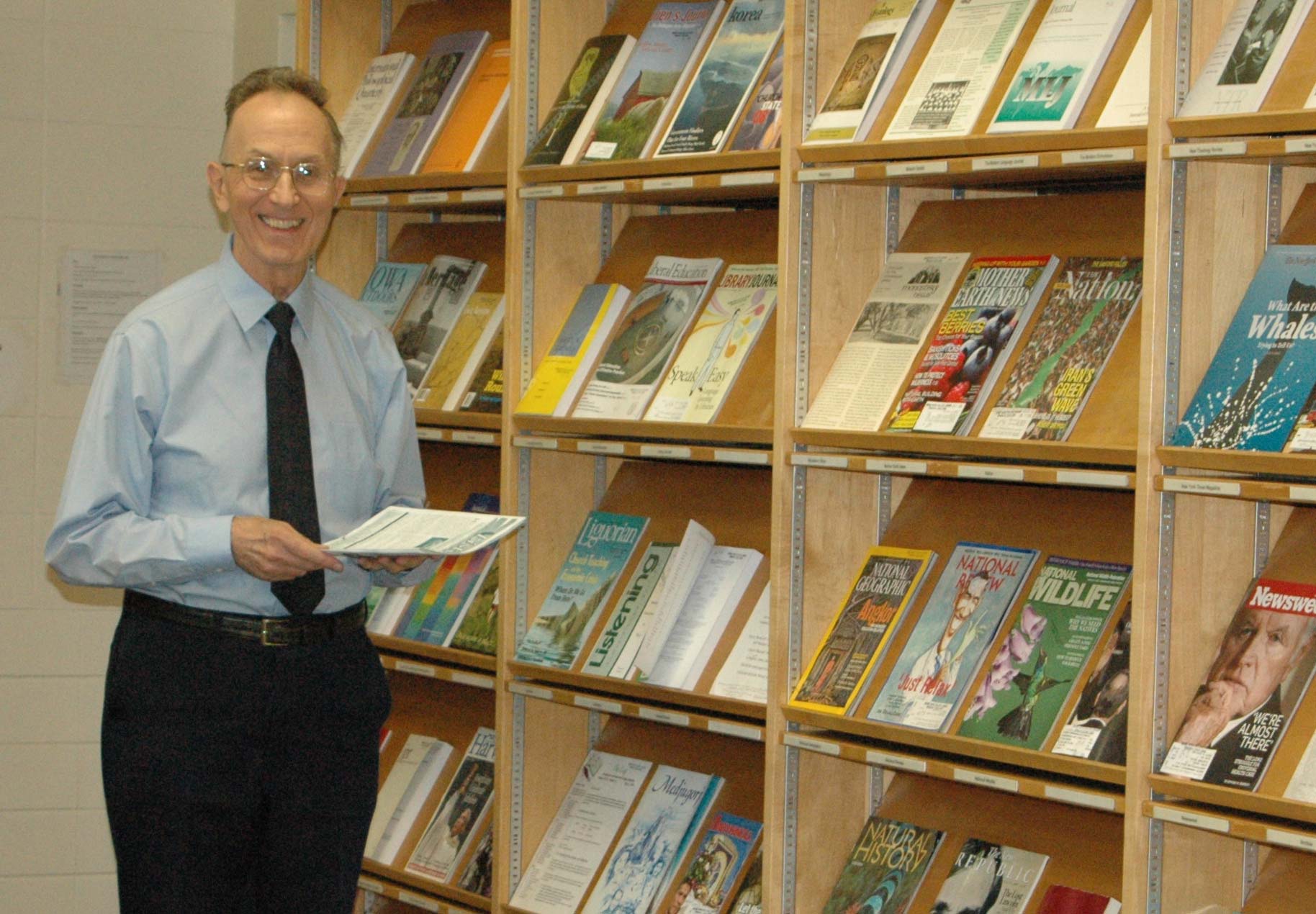 The SVD’s efforts to offer more academic opportunities for Brothers were accelerated by Vatican II, which was perhaps the pinnacle moment in the advancement of Brothers beyond their traditional roles.

“When the Holy Spirit blew open the doors of the church, it also blew open the doors of the society and the Brotherhood itself,” Bro. Bernie said. “1968 was a watershed year for the Brothers and the society. Brothers were invited to the General Chapter that year and were elected to the council. There were some very significant changes since Vatican II.”

Over the course of the last four decades, Divine Word Missionary Brothers have parlayed their academic achievements to the benefit of the SVD. Besides such leadership roles held by Bro. Bernie and Bro. Dennis, Bro. Rodney Bauer was SVD novice director, Bro. Mike Decker served as national director of SVD Brotherhood Formation, Bro. Don Champagne served as rector and director of the Miramar Retreat Center and Bro. Bernie Scherger served as the rector of the East Troy Seminary. The list goes on, underscoring the important place that Divine Word Missionary Brothers hold within the order.

Divine Word Missionary Brothers are well rounded men, who are able to combine their spirituality with a liberal arts education and advanced degrees. This allows them the flexibility to do a variety of ministries.

“I truly believe that Jesus walked this earth as a Brother,” Bro. Bernie said. “He was trained by his father to be a carpenter, but was so flexible that he could use over 80 different stories to help people relate to the Kingdom of God.”