CTP: The Experience of Learning a New Language and Culture

Seminarian Raymond Akumbilim Asagdem, SVD, was born in Wiaga, Ghana. After graduating with a bachelor degree in social science, Raymond entered formation with the Divine Word Missionaries in 2007. He completed his postulancy and philosophy studies in Tamale, Ghana and entered novitiate. He professed First Vows as a Divine Word Missionary in 2011 and entered the United States to begin his theology studies to prepare for ordination to the priesthood. As part of his formation, he began the Cross-Cultural Training Program (CTP) in 2013 and traveled to Bolivia. He writes here about his first year in another new culture. Raymond plans to be ordained as a Divine Word Missionary priest in 2018 after CTP and completing his theology studies.

Having celebrated my one year anniversary in the land of Bolivia as a Divine Word Missionaries student on my CTP experience [Cross-Cultural Training Program], I thought it will be a wonderful idea to share my experience particularly in the area of language and cultural immersion for the basic reason that in sharing we are enriched. I think it is common knowledge that as missionaries wanting to live true to the gospel message in the diversity of cultures and languages, we are always faced with the challenge of learning and relearning new cultures in order to be culturally competent whether in our own native culture or alien cultures. Language undoubtedly is the most basic element of any culture, the door through which one can authentically understand and communicate with the culture in its diversity such as food, music, dance, clothing etc.

To set the geographical context for my sharing, Bolivia as a country is the third largest country in South America after Brazil and Argentina, located in the heart of Latin America. It is endowed with many natural resources; however, it is still grappling with all the problems associated with under development namely, education, health, poverty, unemployment, corruption etc. Culturally, Bolivia is very diverse; the major tribes are the Aymaras, the Quechuas, Guarani’s and many other smaller tribes who have their unique languages and it is said that there over 36 language speaking groups. However, the dominant and of course the official language is Castellano (Español).

When I arrived in Bolivia last August not knowing any Spanish, I was enrolled in the Maryknoll Institute of Languages in Cochabamba where I studied basically the structure and grammar of the language for almost three months and then I was sent to one of our parishes, in the vicariate of the los Yungas under the Archdiocese of La Paz to start my pastoral experience. Even though I felt I did not learn enough in the classroom, I accepted the challenge and went to Coripata. Language can be very tricky, for instance, in Chicago I learned the greetings such as ‘Buenos Dias, Buenas tardes, Buenas Noches, and that was what I committed to my mind and heart believing in myself to be okay with the greetings. However, I was made useless my first morning in Cochabamba, I was greeted by someone saying ‘Buen Dia’, and you know what, I was simply confused and didn’t know how to respond. I was asking myself, what does she want; what is she trying to say? When I was finally freed from my ignorance and helpless state and made to understand that is the short form of saying Buenos Dias, I exclaimed, “Oh my God, save me!” When I reflected on this incident, I realized I shouldn’t have thought to myself, what does she want or trying to communicate rather, how can I try to understand what she is communicating, because she communicated perfectly and right, the challenge was mine and not hers.

With this little insight, still my first months in Coripata were challenging because I knew the grammar but I did not have the vocabulary with which to communicate and even the little that I had, the pronunciation often made a fool of me in the battle field. And while in the battle field, what can one do but to diverse strategies in order to survive and possibly win the war. And so I will build my vocabulary through reading in the night and in the day. I went out to the people and a major part of the time was spent listening to how they speak. In all of this, my best professors were they children and are still the children, with whom, I am not afraid to speak and to make all the mistakes where they will laugh at me and then I am taught the right thing with humility and innocence. The innocent ones will often ask me why I am big like this [an adult] and cannot still speak Spanish? And others obviously not so innocent (in terms of their surroundings) usually will give the answer, ‘oh el no es de aqui’, meaning he is not from here and you know the other questions that usually follow… So where are you from, and what do you want here that you have to learn our language? 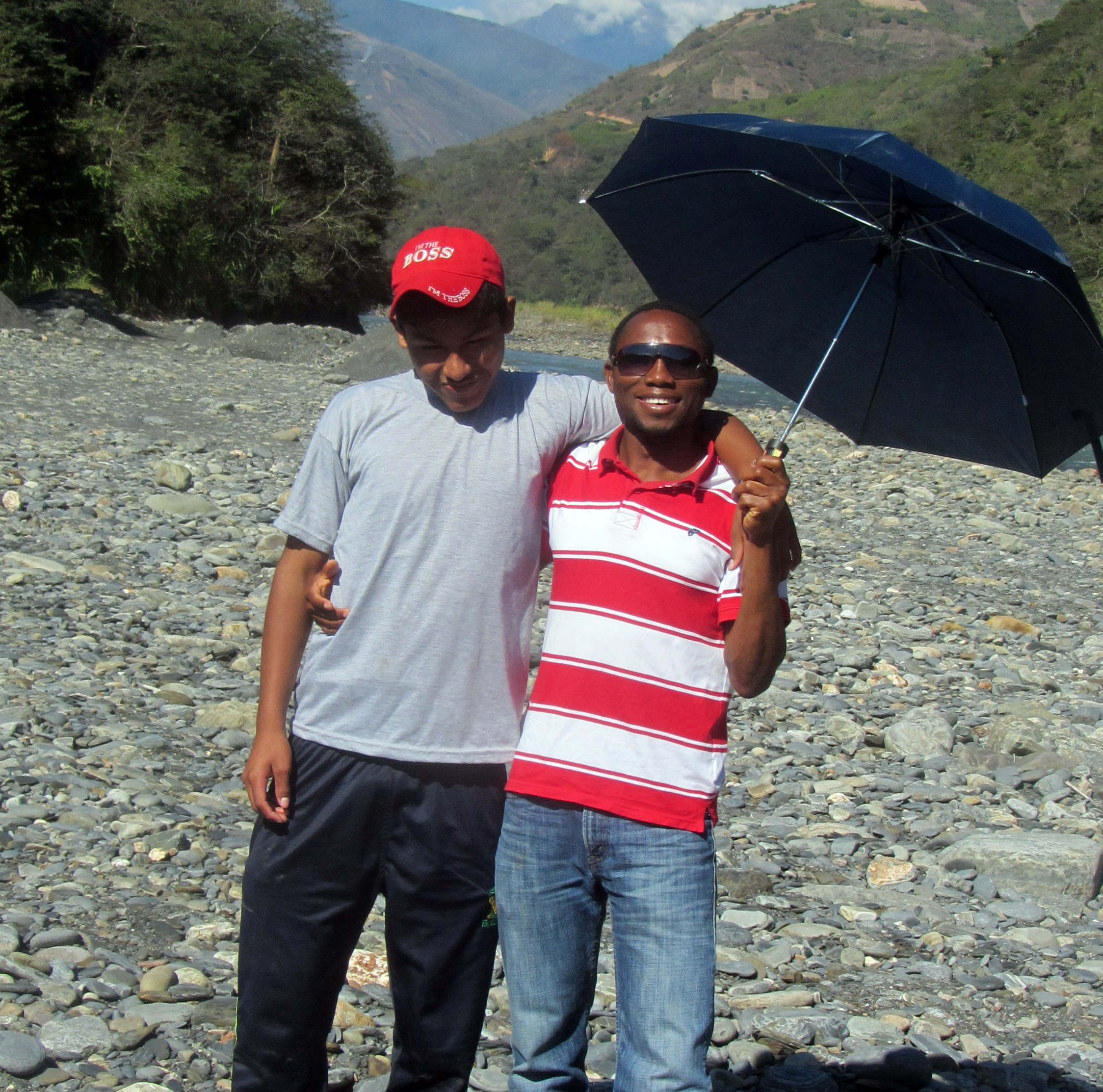 And you can guess what this takes us to… Prophetic Dialogue isn’t it: getting to know ourselves and our mission. This is the part, I get to teach them too if you like, because that is my zone of competence and they will often listen with attention. Usually, I will talk about my origin, my family, the Divine Word Missionaries and ultimately about Jesus Crucified, His church and Sacraments and they will in turn do the same. What an enriching dialogue we often will have. The dialogue often ends with the question, where do you live then and with this excellent opportunity, I invite them, Come to the church that is where I live. Some do respond to this invitation by coming to church on Sunday and other days.

And now to share a little about the situation of the local church here. In our parish here, which has more than 30 communities, there is still a lot of work to be done in terms of deepening the understanding of being a church and the meaning and importance of the Sacraments as well as the participation of the laity in the daily life of the church. Obviously not many people participate in the Sunday Eucharist even though all claim to be Baptized Catholics. The church is still seen as an Administrator of the Sacraments and no need or value to participate in the daily life of the church. If they want Mass, they will ask especially for the dead. Most times, people want to baptize their children but the commitment to live and transmit the faith to the children is not very alive. However, now there have been commitments to organize courses for the parents and Godparents who want to baptize their children. This year I have three groups for baptism, First communion and Confirmation totaling about 80 children who are going through catechesis from the beginning of the year and will receive the Sacraments soon. Out of this group, there is a group that helps in the Eucharistic celebrations every Sunday with the readings and other parts. Hopefully with this, they will remain committed even after they have received the Sacraments.

Participating in of all these has really helped me to appreciate and understand the Bolivia Culture and to be happy here that I am participating in the life and mission of Christ as a Divine Word Missionary. Having said this, let me say that, there is no perfect culture in the world, and for this Christ came into this world to purify negative aspects of human culture and renew the good aspects and for this the Gospel must dialogue with all cultures and this is the commitment of Divine Word Missionaries and I am glad to be part of the Arnoldus Family that has its center in Christ. I have asked to have another experience in another parish and cultural setting to end the second part of my program.