Jamaican experience helps answer the question, "What does it mean to be a missionary?"

As a seminarian discerning religious life with the Divine Word Missionaries (SVD), it goes without saying that there is a missionary desire within me. That is, I desire to be a missionary. But I keep questioning, “What does it mean to be a missionary?”

Prior to entering formation with the SVDs, I always thought a missionary was someone who traveled to a poor area with people of the same mindset and tried to evangelize. After I joined Divine Word College Seminary, I realized that “missionary” takes on a different nuance.  For the SVD, to be a missionary involves putting people from different cultures and different mindsets together into one culture and working together in ministry. And this is what I experienced when I was in Kingston, Jamaica, the last week of May.

Before I go on, I want to mention there were nine of us on a mission trip to Kingston, Jamaica, where we stayed with Bro. Bernie Spitzley, SVD, at Holy Rosary Catholic Church.  We experienced a variety of activities, but my reflections are about three of the guys on the trip that were about my age and who born in America, but have family members that are from different countries. Their names are Augustine, Brandon, and Peter.

Two days before we left Jamaica, I went to our small balcony with my journal and a pen in hand. Peter and Brandon were sitting on chairs overlooking the town. I asked Peter, “What did you expect before coming here?” Peter quickly turned his head and repeated the question. I gave a nod. 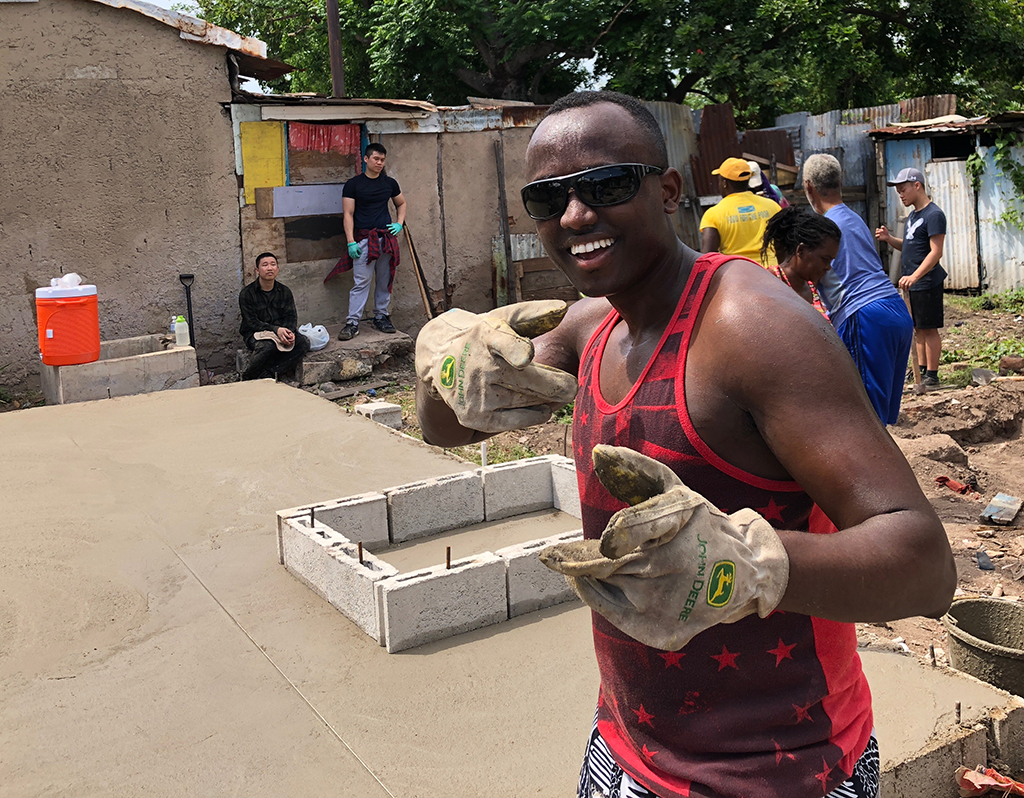 “Well,” he said, “my sister told me to think of a third world country. High poverty. High violence. You will feel uncomfortable and learn quickly to adapt and accept.” After a moment’s silence, I asked him, “Is that expectation the same for you?”

“No. For me it was a different experience. I like to interact with the workers…what they had to say and do...I am hands on, a visual person.” Peter was referring to efforts in helping to build a house. “What was a life lesson you take from this trip?”

“Umm…good question,” Peter said. “I would say—don’t be too attached to things you have or material objects.” I couldn’t help but smile when he said this. Our second day in Jamaica, we went to the beach. Peter dove head first into the waves. After the third wave, he felt something in his pocket. A wave of realization came on his face as he slowly pulled out his phone.

I then looked to Brandon, sitting an angle to Peter. Without hesitation he said, “I was open to anything.”

“O, so what’s your life lesson from this trip?”

“It is the impact you have on the people, the interactions you have with people and the marks you leave on the world,” he said with a smile.

Augustine was inside sitting cross legged on a bed making rosary bracelets and necklaces when I interrupted him, “Augustine, what was your expectation before coming here?”

“Umm—that is a difficult question,” he said with a nervous laugh. I looked at him and smiled.

“I wasn’t excited to go. I am not good with people—I wasn’t expecting to change the world or do something big. I’ve never been outside the country and I didn’t know what to expect.” He paused and looked at me before he continued to make his rosaries. 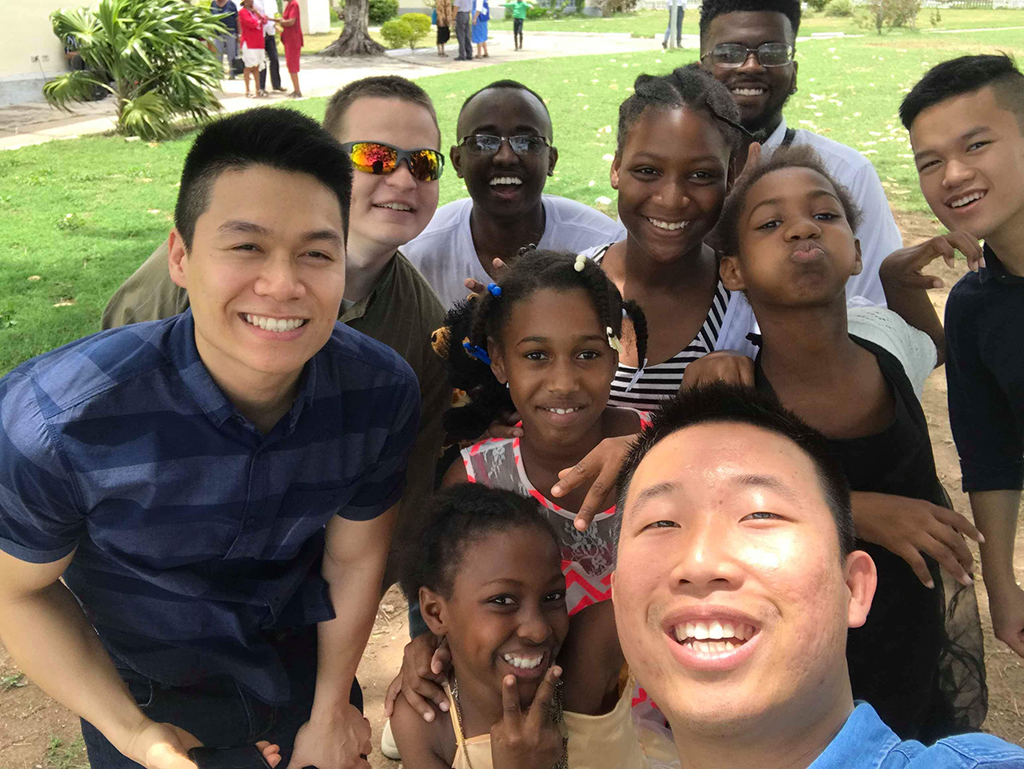 “What was a life lesson you took from this experience?”

“Well,” he said hesitantly, “I have learned more about my purpose…my efforts would not save everyone but open [me] up to who I am, who others are, and share that with others and in the process get closer to God.”

It was the last day of my time in Jamaica when I noticed a frame, tucked in the corner of Br. Bernie’s kitchen, that said, “Missionary, noun—someone who leaves his family for a short while so others can be with theirs for an eternity.” I read it over and over again trying to figure out why I did not like that definition. I then reflected on the experiences I had in the past days with the people I came with and how their stories helped me to see things in a different perspective.  For me:  Missionary, verb—manifesting unity in diversity. 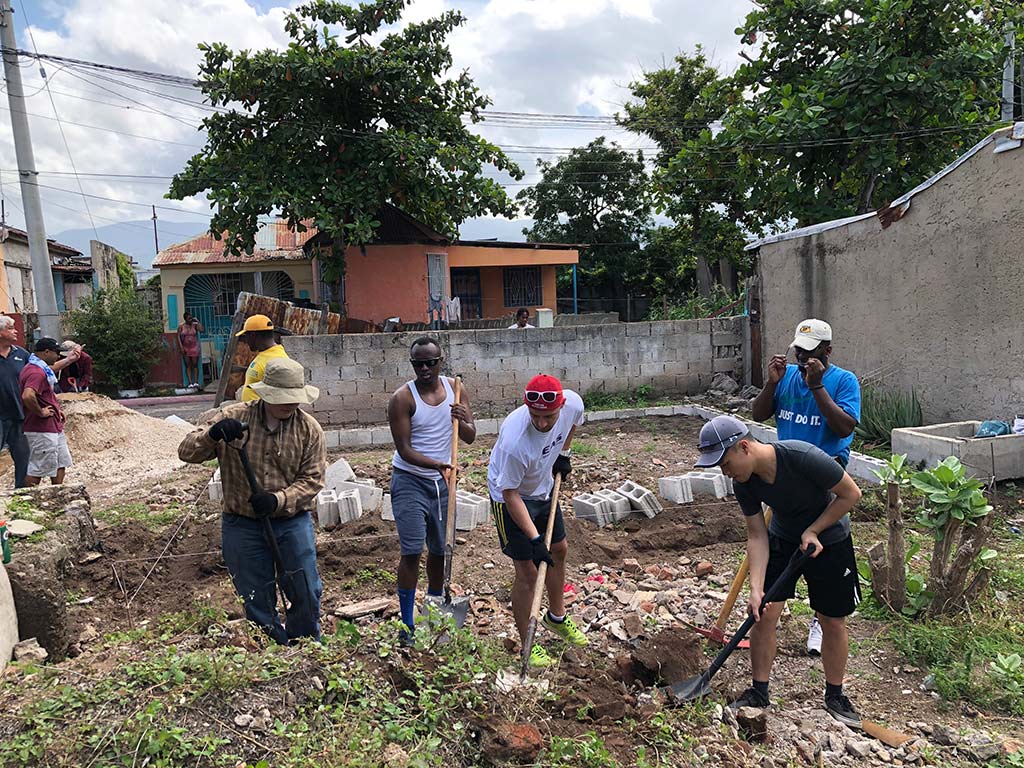