The contact I had with Divine Word Missionaries in the past created a desire in me to want to know more about this congregation—they seemed to be different from the other religious that I knew.

I'm Jairo Godinho Guimarães, SVD, a religious brother of the Society of the Divine Word and I am from Brazil.

My vocational history arises in the socio-ecclesial context here in Brazil. Coming from a very active family in the Catholic community, I was molded to be part of the community. However, at the beginning of my adolescence, I participated in the union movement with my parents and I was influenced more by the socio-union side than by the socio-ecclesial. It is necessary to say that the history of the trade union movement in the Amazon Region in Brazil merges in many ways with the journey of the Church itself since both support each other.

Being aware of the union of the rural workers of Santarém (union of the small family farmers), I realized that the Church was very close since the majority of union members are also members of the Basic Christian Communities. Additionally, priests frequently acted with us in the union movement. My house was frequented by several priests, since my mother was a pastoral agent for the church and a member of the union's board of directors.

Initially, this contact with priests did not arouse in me an interest in religious life, until at one point, I met a different type of priest. They were religious who were closer to the people, most foreign, but who learned a new Amazonian reality, ruled by agrarian conflicts, where almost always leaders were threatened and often killed. I discovered that they were Divine Word Missionaries who were very helpful in the popular organization of our communities. 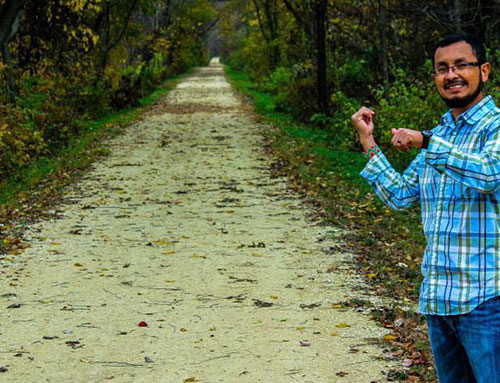 The contact I had with Divine Word Missionaries in the past created a desire in me to want to know more about this congregation—they seemed to be different from the other religious that I knew. And so, after a process of accompaniment and discernment, I joined theformation program in 2015. I knew the congregation was made up of both priests and brothers. I felt God’s call to be a brother, and for the last 12 years in the congregation, I remain fascinated by our journey together as Divine Word Missionaries. We have our challenges and shadows, but also our light and hopes that make us walk together in service to God’s people.

In this way, my vocation comes from within my family, because it is there that I learned my first prayers and began to participate in the life of the community. My vocation is also based on social action with the union and was influenced by a type of religious congregation who differed from others in their contact with me and the way they worked with the people in our community. I decided to be religious because I wanted to be like those religious—like the Divine Word Missionaries I met. Not because of the facades, but because many of the missionaries showed by example their commitment to the poor through social action. And I believe that today, in a highly clerical environment where there is a tendency to have a more institutional and less prophetic church, as Missionaries of the Divine Word, we must be witnesses and collaborate with others to transform death situations into signs of life.

Director’s Note: Bro. Jairo entered formation with the Divine Word Missionaries in 2005 and professed First Vows in 2011. He came to the USA as part of his Cross-Cultural Training Program and studied English at Divine Word College prior to some ministry at a Divine Word Missionary parish in Chicago. Bro. Jairo currently ministers in Sao Paulo, Brazil, and will profess Final Vows in January 2018.