Five young men recently embarked on the next phase of their religious formation as they entered the Divine Word Novitiate.

Kodjo David Emon, Huy Hoai Nguyen, Marc Declama, Ryan Agbim and Thong Tran each started their journey at Divine Word College. Now, they’re spending a year together learning about the charism of the Society of the Divine Word (SVD), discerning their call to missionary life and preparing to take vows of poverty, chastity and obedience.

Novice Director and Former DWC President Fr. Tim Lenchak, SVD, says the novitiate year is unlike any other part of the formation process, partly because it’s not considered an academic year. There’s plenty of reading and learning to be done, but the focus is more on personal growth than scholarly achievements. The primary goal is to prepare the novices for vows by helping them to better know themselves, the SVD community and God.

The academic and spiritual training the men received in Divine Word College’s formation program prepped them for the next stage of their religious development.

“The pre-novitiate program helps to instill a sense of community in the incoming novices, since seniors in the program live in the same house, work together at chores, cook together regularly, have Mass and prayer together regularly, and otherwise start developing a sense of community,” Fr. Tim said. “That's quite useful for the novitiate, since the guys coming here from DWC have already lived with each other and have gotten used to doing things together.”

Just a few weeks into the process, he said this year’s novices were working well together and embracing the process. But the real work was just about to begin. 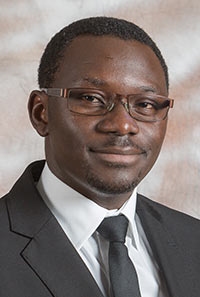 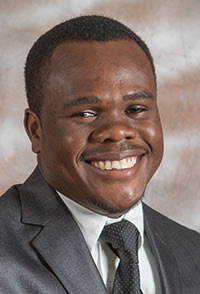 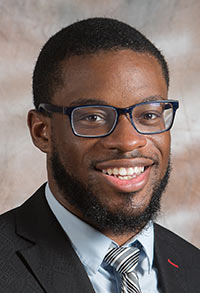 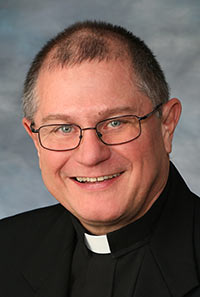 Each day in the novitiate year, the men spend a period of time in solitude and silence to reflect and listen to God. For the first half of the year, the emphasis is primarily on prayer, discernment and personal reflection. The second half of the year focuses more on their preparation to profess vows.

The novices will participate in three retreats designed to get them ready to enter religious life. The first is a weeklong silent retreat at the beginning of the year where the men will be cut off from technology, phone conversations and general socialization. They’ll only interact with others during group conferences, Mass and prayer.

"Religious life is unique,” Fr. Tim said. “Hopefully it’s one in which we’re constantly growing in our relationship with God. And therefore it’s going to demand time in silence and solitude for at least some time every day, so we’re constantly coming back to see how God is working in our lives.”

Then in January, the group will attend a 30-day retreat in Bay St. Louis, Mississippi. Aside from daily meetings with their director and Mass, the experience is silent.

Oddly, Fr. Tim said, some novices struggle more with the shorter retreat at the beginning of the year than the 30-day retreat in January because they become more accustomed to periods of silence by halfway through the program. The winter retreat is a turning point for many novices, as they often return more self-confident and prepared to take control of their personal schedules.
“Sometimes when they come back, they seem like different people,” Fr. Tim said.

The third and final retreat takes place just a few weeks before the vows ceremony. It’s a chance for novices to reflect on their experiences and decide whether they are prepared to officially enter religious life.

In recent years, there’s been a significant drop in vocations among nearly all religious orders. With five novices on board this year, Fr. Tim said the Society of the Divine Word has the second largest group in the Chicago Area Intercommunity Novitiate (ICN), which is made up of eight area congregations. The ICN meets regularly to discuss issues related to religious life and to learn from experts on topics like personal ethics, poverty, sexuality and celibacy, addiction, intercultural living, intergenerational relationships in religious life and community living.

Throughout the coming year, Fr. Tim will work with Assistant Novice Director Bro. Mathew Zemel, SVD and other leaders from the Society to help the novices deepen their understanding of Divine Word Missionary life and decide whether it’s right for them.
“This is a major decision that they’re making,” Fr. Tim said. “And they have to know their background, to know everything about themselves and to appreciate the gifts and talents they have, as well as the limitations. It’s a challenge to be a religious.”

The Divine Word College community wishes the five novices the best of luck during their novitiate year and we pray that they all continue to hear God’s call to missionary life.