In the early 1960s, Brother Mat Zemel, SVD, entered the Society of the Divine Word with an eye on overseas missionary work. Good with his hands, he was trained in carpentry, but with a knack for office work, his life took a turn toward finance after six months in the treasurer’s office at the SVD house at Miramar, Massachusetts.

“I came to the conclusion that we can hire people to do the work at our institutions but they will come and say, ‘Can we do this, or can we buy that?’ but they’re not going to make the decision,” he said. “They’ll ask a member of the society to make the decision, so I figured that’s where I can come in.”

For nearly 50 years, Bro. Mat has held positions related to finance, from treasurer of a minor seminary to assistant treasurer of a province to leadership positions that guide the Techny Land Corporation (TLC), which generates funds that benefit SVDs and their work in Chicago, across the country and around the world.

Born in Rochester, New York, in 1943, Bro. Mat found out about the SVD in the 7th grade through a friend at his Catholic school. He entered the order in 1961 at Conesus, New York—where he also learned about winemaking at the former vineyard the society operated there—and professed his First Vows three years later. Transferring to Techny near Chicago, he attended the Milwaukee Vocational College where he was trained in carpentry. Then in 1969, he traveled to the summer job at Miramar and the course of his life as an SVD changed.

At that time, there were four SVD provinces in the U.S.—the Northern, Southern, Eastern and Western. In 1970, after he made his Final Vows, the provincial of the Eastern Province asked if he would delay his request to go overseas. He then took a job as treasurer of the society’s Bordentown High School Seminary. A year and a half later, he took an assignment in Washington, D.C. as assistant to the treasurer of the Eastern Province. 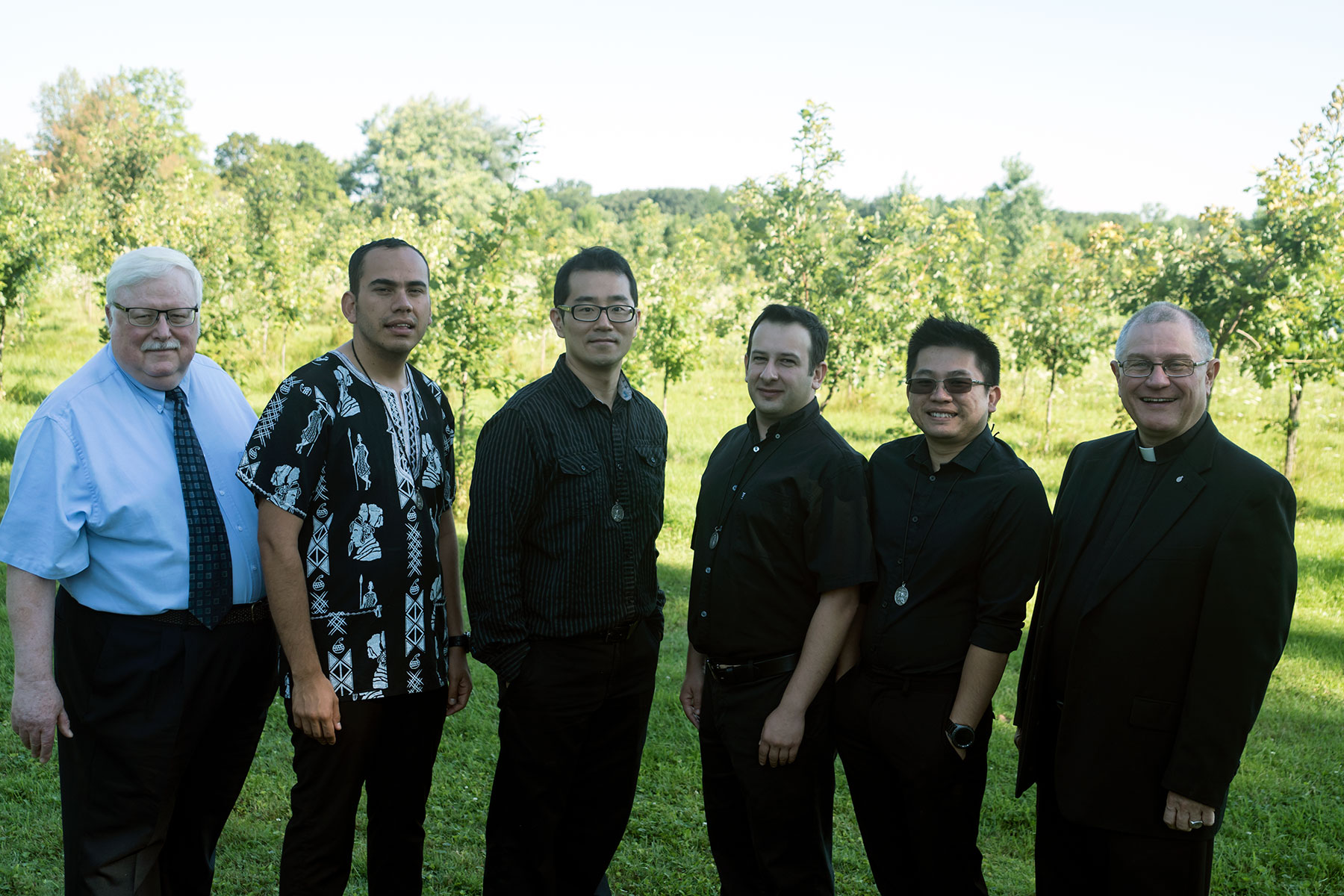 “That’s when the big things were happening, like Watergate and Nixon and Gerald Ford, Jimmy Carter, Ronald Reagan,” he said. “Then the SVD decided to combine the Northern and Eastern provinces and I moved with the Eastern Province to Techny in 1985.”

Playing an active role in the transition of the two into the new Chicago Province, Bro. Mat was elected to the Chicago Province’s first Provincial Council. Then, in 1987, he joined the Techny Land Committee, which governs the leasing of a portion of Techny property to office, commercial and residential developers. First purchased by the SVD in the early 1900s, at one time Techny’s land produced the food that sustained the order there. Now, a section of the original property is under the management of the Techny Land Corp. (TLC), which brings in lease payments used by SVDs at Techny as well as missions in the Chicago Province and SVD General Administration in Rome. Today, Bro. Mat chairs the committee and is president of TLC.

Bro. Mat’s duties continued to expand. In 1988, he became treasurer of the Techny SVD community. He also became manager of its cemetery and liaison with the company that managed a municipal landfill, which had been established on Techny property. In the last few years, those duties have left his desk, though he still holds his positions regarding TLC and has added a new one—assistant novice director at the Techny Novitiate.

“My life in the SVD, was it what I planned to do? Not really,” he said. “Has it turned out? I think it’s turned out pretty good.”